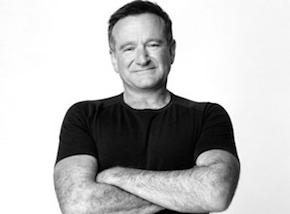 The recent loss of the beloved and talented Robin Williams sent shock waves throughout the world. To us on the outside, we see a man who had everything: a tenured marriage with beautiful children, a legendary career, a name known in every household, wealth, and a man everyone would love to have as a friend. Yet, this tragic occurrence shows that we all have our demons that nobody can deal with but ourselves, and some choose not to deal with them any longer. The world is grieving with the Williams family over the loss of a talented and wonderful human being.

Robin Williams did his estate planning- or so he thought. He designed trusts for the benefit of both his children, as well as for the support of his wife. He went to sleep at night thinking he had it all done and completed to protect his family. But yet, the information in his trust, those very secret documents that were supposed to avoid probate and the public eye, were in the public eye as well as everywhere else within a week of his death. Why you ask? Because of the fact that it was not done correctly, and by having to correct the errors in drafting, the documents went from very private to very public.

In Mr. Williams case, the issue was that in his trust documents he did not designate a Successor Trustee for his children’s trusts. The named trustee has passed away in 2008, and Mr. Williams did not name a successor trustee, or update his documents at the death of his trustee. Therefore, a court appointed trustee had to be named, making the documents out and about for all to see. Not a tragic mistake taking into account the circumstances as the children will be taken care of, but by a court appointed person who had no knowledge of the family as opposed to a trusted individual, known to the family. Private went to public, and all the work he did went out the window because of an omission that should have never happened. In my humble opinion, it was Estate Planning 101: naming your trustee along with a successor trustee, naming your executor and a successor executor (or executrix) etc.

This error is not anywhere as legally complicated as the mess that actor Philip Seymour Hoffman left behind earlier this year: he did his estate planning nine years previous to his death, leaving out two of his three children completely in his estate planning. Provisions could have been added to his documents providing for future children with his non-marital partner. He could have left the assets in a trust for his partner of many years, as now the assets will be taxed at both his level and hers, essentially paying them twice. You should never get married for tax purposes, but had they been married, all the assets would have been passed to her tax free based on the spousal exemption- one spouse can pass an unlimited amounted of money to the other with no taxation. In a few words, his estate planning was a mess.

If you have done your legal documents: wills, trusts, powers of attorney, legal wills, healthcare proxies more than 3 years ago, I suggest you bring them out and review them. If you did them on your own, a professional review may be a good idea.  Things change- people are born, people pass away, and sometimes you want to make changes but don’t get around to it. There is no better time to review your documents and estate plan to make sure it continues to comply with your wishes: if you delay, the time delay could be tragic. Speak with your Chestnut Certified Financial Planner® with any questions you may have- there is no better time to protect your family than now.

View all posts by: Neal