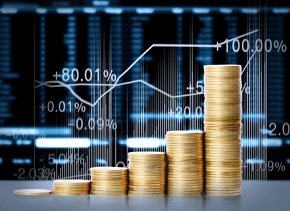 Much has happened in the markets in a very short period of time, some of which was anticipated, and some which came as a surprise. The ultimate outcome however, is that due to the recent past occurrences, relative stability (if one could use that phrase when talking about the market) is at hand.

The ongoing battle between the parties over the budget deal is finally at rest: for the time being. Both parties seem to have agreed and signed off on a budget which will keep them from singing the sequestration blues every other month, for at least two years. This overcomes a few major hurdles: keeping the government from shutting down as it did this year for 16 days, and the constant uncertainty which roils the markets with insecurity on a regular basis. As of Tuesday, it was signed off by the Senate and sent to the President for his signature, at least putting to bed this bickering and allowing our country and the markets to move past this issue. It alleviates a 63 billion dollar across the board cut which was like painting a model plane with a roller and spray gun: known in Washington lingo as “sequester.” You have to give them credit: not only do they do things in their own weird way at their own ridiculous pace; they make up new words for their actions to justify their behavior. Nowhere do I remember in grade school learning about “their side and our side;” I’ve always thought we were all on the same side. I’ve often thought how we got into a place where a few hundred people make decisions that affect hundreds of millions: without being included in the result, either positive or negative, of the decisions. Call me crazy, but I must be missing something…

Just before stepping down from his position of Fed Chairman, Ben Bernanke announced yesterday that the Fed would begin to “taper” the bond buying program of injecting $85 billion dollars a month into the economy. The common consensus was that he would go out leaving everything status quo and leave his successor, Janet Yellen the decision to do what she felt was in our best interest. This momentarily surprised the market sending the Dow down, but seconds later reversed and ended up closing up 295 points for the day. Why you ask? It signaled the Fed has faith in the economic recovery process. Unemployment’s latest figure was down to 7% from its high of 8.3%, interest rates continue to be at zero, and normalcy seems to be coming back to the market. By tapering, or reducing the amount injected into the markets ($85 billion down to $75 billion a month) it is their sign of confidence that things are finally recovering. It also has now removed the uncertainty as to WHEN they plan to do this, which brought uncertainty to the market at every whisper. It caught Wall Street off guard, and the market’s reaction showed how the markets feel about it- it is time, and accepted. It doesn’t change the Fed’s stance that the economy needed assistance, but did it by tiptoeing into the water instead of taking a big plunge. Whew…

When it comes to the markets, there is no normalcy or predictable outcomes. One sneeze can change the direction at any time. The Affordable Care Act still has a long way to go to prove itself, and the international markets are far from stable. As we move into 2014, one could make an argument that the uncertainty of anything could once again cause another 2008, and conversely, could also account for a door buster of a year. Who knows? Anybody out there know The Shadow’s phone number?

HAPPINESS QUOTE OF THE DAY

“If you want to live a happy life, tie it to a goal, not to people or things.”

In The News
ndeutsch
No comments

View all posts by: ndeutsch